Posted by: Admin in Uncategorized Comments Off on CBS “60 Minutes” Investigates The Credit Reporting Industry

Today, the National Association of Credit Services Organizations (NACSO), the leading trade association for the professional credit repair industry, released the following statement regarding the “60 Minutes” investigation into the haphazard errors of credit reporting agencies:

Credit report errors have devastating consequences on consumers from all walks of life.  And as the investigation proved, consumers are often at a loss as to how to navigate the credit dispute process, which is why the work that credit repair professionals do is so important.  Credit repair firms are assisting consumers when they need to cleanse their credit reports of errors, which often after multiple attempts, are not addressed by credit reporting agencies or data furnishers.

Dealing with credit agencies can be a tough and grueling process for consumers, which is why many consumers choose to have a credit repair firm do the work for them, especially when they are trying to buy a home, maintain a job security clearance, or achieving financial self-sufficiency.

FTC Chairman Jon Leibowitz acknowledged that consumers may receive assistance from legitimate credit repair firms. NACSO encourages consumers who may be aggrieved or confused about what appears on their credit report to work with credit repair professionals who strictly follow the Credit Repair Organizations Act, and are regulated by the FTC.  NACSO members provide ethical and compliant credit services to assist in combating collection/credit reporting errors.

NACSO supports the efforts of the FTC and Consumer Financial Protection Bureau to foster a regulatory approach that has a keen focus on the credit reporting process. NACSO will continue to work with all to ensure consumers are protected and their rights guaranteed to access professional assistance in the credit repair process.”

CBS News: Is there a mistake on your credit report? Do you know the ONE thing you should do to get your full credit history? 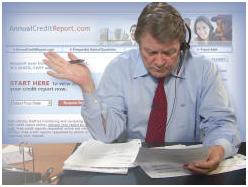 On the broadcast this week, Steve Kroft reported on the astounding number of Americans (40 million!) who have mistakes on their credit reports. “The problem is that it’s not really within the power of the average person using this system to fix the mistakes,” says Kroft. “You feel like you’re up against this machine, and there’s no way to break through.”

Section 319 of the Fair and Accurate Credit Transactions Act of 2003: Fifth Interim Federal Trade Commission Report to Congress Concerning the Accuracy of Information in Credit Reports (December 2012) Text of the Commission Report

A Federal Trade Commission study of the U.S. credit reporting industry found that five percent of consumers had errors on one of their three major credit reports that could lead to them paying more for products such as auto loans and insurance.

Overall, the congressionally mandated study on credit report accuracy found that one in five consumers had an error on at least one of their three credit reports.

“These are eye-opening numbers for American consumers,” said Howard Shelanski, Director of the FTC’s Bureau of Economics.  “The results of this first-of-its-kind study make it clear that consumers should check their credit reports regularly.  If they don’t, they are potentially putting their pocketbooks at risk.”

The study, in which participants were encouraged to use the Fair Credit Reporting Act (FCRA) process to resolve any potential credit report errors, also found that:

Other study results can be found in the executive summary of the report.

“Your credit report has information about your finances and your bill-paying history, so it’s important to make sure it’s accurate,” said Charles Harwood, Acting Director of the FTC’s Bureau of Consumer Protection.  “The good news for consumers is that credit reports are free through annualcreditreport.com, and if you find an error, you can work with the credit reporting company to fix it.”

The FTC report is the first major study that looks at all the primary groups that participate in the credit reporting and scoring process:  consumers; lenders/data furnishers (which include creditors, lenders, debt collection agencies, and the court system); the Fair Isaac Corporation, which develops FICO credit scores; and the national credit reporting agencies (CRAs).  It is based on work with 1,001 participants who reviewed 2,968 credit reports with a study associate who helped them identify and correct possible errors on their credit reports.

Consumers in the study were selected to match the demographic and credit score information of the general public, and participants were encouraged to dispute errors that could affect their credit standing.  Credit reports with potential errors identified by study participants were sent to Fair Isaac (FICO) for rescoring.

After completing the FCRA dispute process, study participants were provided with new credit reports and credit scores. The original reports were then compared with the new reports.  If any modifications were made as a result of the disputes, the impact of errors on the consumer’s credit score was determined.

Congress directed the FTC to conduct a study of credit report accuracy and provide interim reports every two years, starting in 2004 and continuing through 2012, with a final report in 2014.  The reports are being produced under Section 319 of the Fair and Accurate Credit Transactions Act, or FACT Act.

The Federal Trade Commission works for consumers to prevent fraudulent, deceptive, and unfair business practices and to provide information to help spot, stop, and avoid them. To file a complaint in English or Spanish, visit the FTC’s online Complaint Assistant or call 1-877-FTC-HELP (1-877-382-4357).

Previous: Federal regulators look into credit reporting issues
Next: How your baby’s name could affect their credit in the future?

Powered by Pay After Deletion
© Copyright 2013, All Rights Reserved
Scroll To Top